It’s only a few days away from the release of Windows 10’s first Anniversary Update on August 2. Now TopWinData is excited to share some great offers in the Windows Store lasting from July 19 to July 29 to welcome the update, released by Microsoft. But some of these special deals are only available for Windows 10 users, so TopWinData suggest you to upgrade to Windows 10.

Here we list some of the top deals for you. Hope you will enjoy the games:

Minecraft: Story Mode - A Telltale Games Series: Free Now only for Windows 10 deveices only. It was $4.99

In this five part episodic series, you’ll embark on a perilous adventure across the Overworld, through the Nether, to the End, and beyond. If you end up hooked, episodes 2-6 are also currently discounted by 50%. 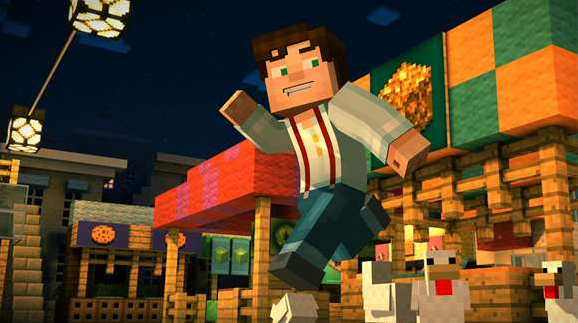 Mojang released a free map for Minecraft: Windows 10 Edition Beta, which is still a $9.99 purchase on the Windows Store and it is said that it will be free. But you can download the zip file over here. Once you’re done, follow the instructions to import the map into the game.

Download and play in a contest now. The first 1,000 people in the U.S. who complete the entire Windows 10 First Anniversary Star Club collection will get $10 Microsoft Store gift codes!

Castle Siege and Windows 10 are celebrating the Windows 10 Anniversary! Giveaways, contests, and free in-game boosts abound during this special celebration, helping you to grow your empire and crush your enemies! Special anniversary activities begin in game on July 20. Head over to the Windows Store to download the game today.

You can rent the movie School of Rock starring Jack Black for free on Microsoft Movies & TV. Once you rent it, be aware that you’ll have 14 days to watch the film and once you start viewing it you’ll have have 24 hours to finish. And sorry that TopWinData does not offer the rental on www.topwindata.com, but you can rent that from Microsoft Store directly.

If you have any other recommendations for Windows 10 Anniversary Update special deals, please feel free to let us know and we will share it to all of users by updating this artcile.