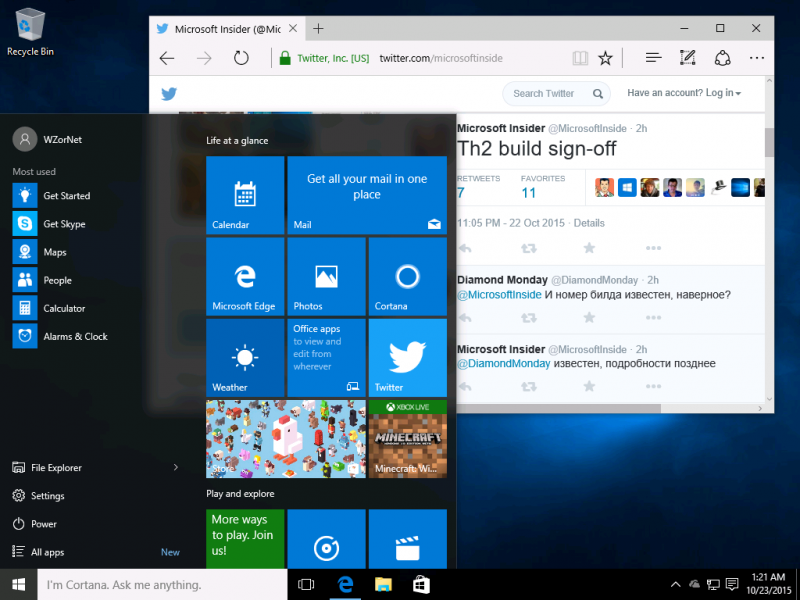 A chinese website said that Microsoft has already signed off Windows 10 TH2(fall update)  toady.It has received approval from partners and internal testers operating system and the source code has been locked  for his release.

The Support Engineer on the Microsoft Answer forums has said the Windows 10 “Fall Update” will launch on November 10th, bringing with it Cortana support in India. That’s one of many things coming in the “Fall Update”, other features include UI improvements, Edge improvements and a new Messaging app.What's more,you can activate windows 10 just with your windows 7 / windows 8.1 code.