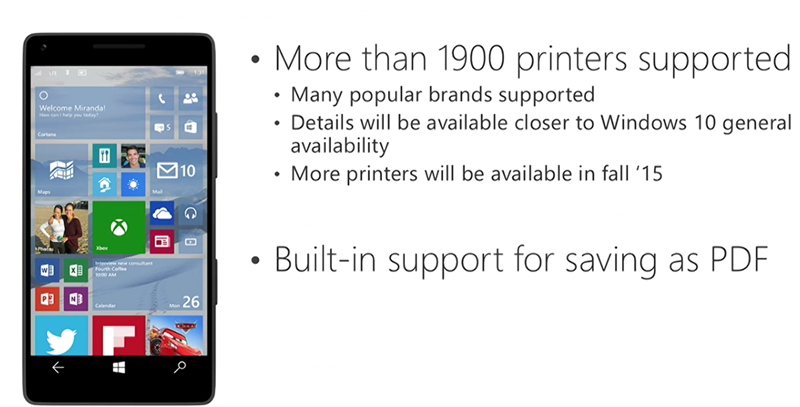 Windows 10 Mobile supports printing from Universal apps. On Windows 10 Mobile only printing over network is supported (WIFI mainly) while printing is not supported over USB. The system works via a driverless model for  printers which support PCLm, PWG Raster, Open XPS and and MS XPS, with over 1,900 printers are supported, with more expected by the end of the year.  Drivers can not be installed by users.

Now Microsoft has posted a list of printers which are supported by the OS.  The list is set to be updated regularly and include printers from Brother, Canon, Fuji Xerox, Gestetner, HP, Infotec, Konica, Kyocera, Lanier, Lexmark, NEC, NRG, OKI, RICOH, Savin, Samsung, Toshiba, Xerox and Kyocera Mita.