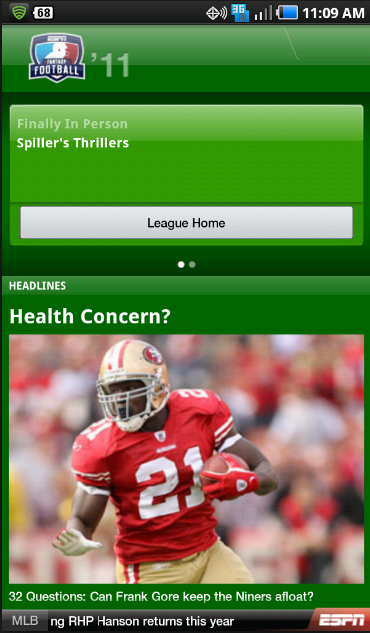 Effective September 21, 2016, we are discontinuing support for the ESPN Fantasy Football app on Windows phones. You can still access your fantasy football teams and ESPN's fantasy football content on your Windows 10 device or on your computer by navigating to www.espn.com/fantasy/football/

We apologize for the inconvenience."

This might be a heavy hit for Windows phone fans who have been using the app since it had launched. It is well known to all the ESPN fans that the ESPN Fantasy Football app was first launched in 2012 exclusive for Nokia's smart phones, and then it was made available for all Windows Phone users in 2013. The app allowed users play ESPN fantasy football for free, create or join a fantasy football league, draft players, track rankings, watch highlights, get pick advice, and more!